Skip to content
Home / The Story Behind Horker Soft Baits 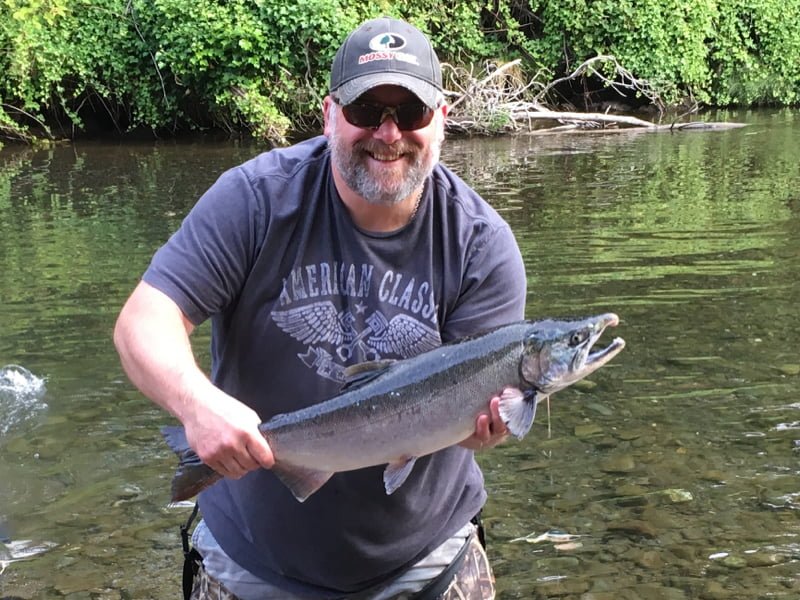 The Story that made it all happen.

My name is John Snyder owner and founder of Horker Soft Baits. Our company was born not just of a passion for sports fishing, it was born from the love of preparation that leads to win.  The story as to why I’m here today is that Over 40 years ago I stood on the salty sands of Fort Warden beach pitching a Point Wilson Dart for all I was worth. I didn’t know much about fishing back then.

I remember how my grandfather very patiently explained the whole process. He told me how I needed to keep my thumb close to the spool on the old Penn bait caster when casting. If I held my thumb to far out, that big old thing would backlash like nothing you’d ever seen. In may case it was about every third or fourth cast.

In the beginning it seemed like I spent more time untangling the giant birds nest on my reel rather than fishing. Fortunately after a while I got the hang of it and next thing you know I was casting that old thing for what seemed like a mile.

I’ll never forget the bitter wind in my face as I looked down the beach lined with fisherman, poles in hand all hoping to catch the big one. It was a cold July and even with the sun flaring high in the sky. As I cast out my lure an old timer fishing next to me suddenly had one on the line.

About 6 feet from shore a huge king salmon leaped from the water and snapped off him off. Just watching the event take place had my heart beating in my chest. It was the biggest fish I had ever seen, a true beast of power and beauty.

With a new confidence and rod in hand, I hurled my lure out there as far as I could. As soon as it hit the water just like my grandfather said I started to count. One, two, three, four. Once I got to ten it was time to start reeling. About every seven twists of the crank I’d give it a little pop with the tip of the rod.

That one more cast of course always turns into another, and another and another. You see I just knew deep down in the core of who I was that I was going to catch that fish. I hurled another bomb out into the water but still nothing.  By this time my grandfather was losing his patience. The sun was heading down, it was cold but I just couldn’t quite. For some reason I felt like if I quite now, I may never catch a salmon. Ever! I had to keep trying.

“That’s it it’s time for dinner and we gotta get going” my Grandpa said.

He looked down at the ground and then with a smile looked at me and said.

“Ok Johnny one more cast, but just one more this time”

No sooner than said the Point Wilson Dart hit the water with a splash. One, two, three, four, five, six, seven, Just as I started to reel like thunder in the sky my rod bent in half!

Whoo! Whee! I got one Grandpa! It was a big one too!

Suddenly the fish started to run almost yanking the rod out of my hands. The drag was screaming so loud as the line was peeling off my reel I thought it might catch fire. My grandfather was by my side in a flash.

“Keep the tension Johnny, don’t let any slack get on the line. My Grandpa said as I reeled in the slack as fast as I could.

Whizzzzzzz! She was off for another run again. Man she was running hot, a couple times I thought I might get spooled when she almost ran me out of line. I hung in there though with everything I had. Back and forth fighting the beast of the deep with my arms burning from the strain. I could feel my strength starting to wane. At one point my grandfather even asked if I wanted him to take over.

After 20 minutes of battle the great beast finally surrendered. On the sandy bank before me lay a 32lbs chrome bright Chinook hen. To this day the most beautiful fish I’ve ever seen. A few minutes after I landed my fish a reporter for the news paper came and took my picture and asked me a few things about the whole event. Of course I was happy to tell him the story but I never did see my picture in the paper. I sure will never forget catching my first salmon.

As you read the story I hope you can see that this experience was far more than just catching a big fish. This was a life defining moment. There are so many powerful lessons we can gain from the art of fishing, you just have to take to time to embrace them. Passion, determination, and never giving up on your dreams. That is the spirit I carry here are Horker Soft Baits. as we work to produce the finest steelhead worms and soft beads ever made. I look forward to hearing your fishing stories and hope to be a part of your amazing fishing adventures. Thank you for fishing our tackle and joining us as we live the dream. We hope your enjoyed the story behind Horker Soft baits.

Use promo code "Horkit" and save 10% at checkout! Get some now! Dismiss