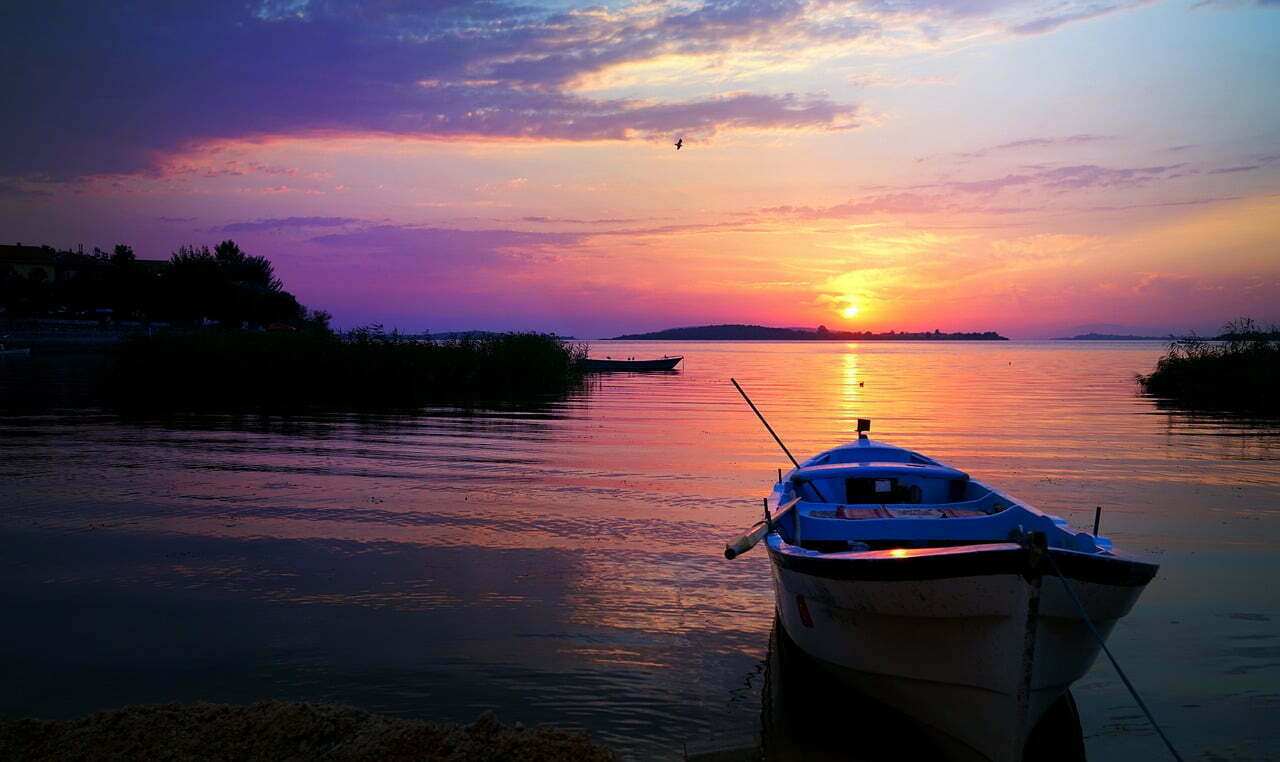 We at Horker Soft Baits are dedicated to helping protect the environment and actively promote environmental stewardship. Mitigating ones negative impact is simple. The basic principal is that when participating in outdoor activities we should all clean up after ourselves. Unfortunately not everyone follows this principal, so we recommend that anglers always try to carry out more than they carry in.

Every piece of trash we pick up, not only helps to keep the environment clean, it helps to protect valuable fish habitat for generation to come. As with any fishing tackle currently in use today, there is an environmental impact. The information below provides data in regards to research that has been conducted on the soft plastics we currently use for fishing and our ecosystem.

As a manufacturer of soft plastic fishing lures, Horker Soft Baits wants to ensure that everyone who uses our products are aware on the impact that Soft plastic Lures (SPLs) have on the fish and environment. For over 60 year soft plastics have been used in the making of fishing lures. During that time there has been no significant evidence to indicate that soft plastics have had a negative impact of fish populations.

If anything current research suggest that SPLs are more of a littering problem rather than a direct detriment to the health of fish. However, almost all those who have participated in these studies indicate that more research needs to be done.

Probably the most significant problem in regards to SPLs are discarded or lost baits. After a bait has become damaged some anglers simply discard them by throwing them in the water. We strongly discourage this activity. Safely dispose of the bait at the nearest trash receptacle or even better, if possible recycle your soft baits. Another problem is that when fishing soft baits, they can get snagged or bitten by a fish and come off the hook.

Due to this fact, in the state of Maine there was a significant push by environmental activists to outlaw the use of SPLs in the tackle manufacturing industry. Their claim was that SPLs have an adverse effect one the environment as well as fish populations. When Maine’s Department of Inland Fisheries and Wildlife studied the impacts of SPLs in 2014, it couldn’t justify demands by legislators to ban the lures. The DIFW reviewed surveys from 1985 through 2013, and found SPLs in fish digestive systems ranged from 0.4 percent to 5.2 percent.

In fact, based on other studies, it’s even hard to make littering sound significant. Some reports claim 10 to 12 tons of SPLs are lost or discarded annually, and that every plastic bait now in stores will one day be lost in the environment. Although these claims are unfounded, if their estimations are correct apparently these SPLs are spread out. One Charleston Lake, a survey by snorkelers found SPLs on the bottom bottom of the lake ranged from zero to eight per 100 meters of shoreline. In the worst case scenario, one SPL every 41 feet. Another recap of that search put the results as 80 SPLs for every 50 miles, or one every 1.6 miles. (Durkin)

As a result of this research we at Horker Soft Baits have elected to use soft plastic with a harder molecular structure. This results is a bait that is stronger, more rugged, and allows the bait to stay on the hook better than those made from softer plastics. Also we recommend rigging our baits in a way that helps prevent the bait from coming off the hook. For example using a peg with our beads or using a hard bead or corky when rigging our worms.

One of the main causes for concern with soft plastic baits is the fact that it takes a very long time for SPLs to degrade. Scientist believe that as a result, discarded or lost baits can pose a threat to not only the fish that might eat them, but birds and other aquatic animals as well. Currently the majority of all soft plastic baits on the market are made of a combination of polyvinyl chloride (PVC) and plastisisor which requires high temperatures to break down.

At this time there are very few biodegradable versions of SPLs on the market and the ones that are available fall apart fast and overall have been less effective at catching fish. Berekey is one company boasts they use biodegradable soft plastic in their SPLs. They utilize different polymers, such as polyvinyl alcohol (PVOH), instead of PVC to achieve this but, Berkley lures only dissolve in water temperatures above 60°C/140°F with basically negating their claim.

Although at this time we use PVC based plastic in the making of our baits. Our plastic is phthalates free. Non phthalate plastic is less harmful to the environment, but this type of plastic is still not biodegradable.

One of our missions here at Horker Soft Baits is to continue to work towards creating a biodegradable soft bait that will provide the same physical properties as soft plastics currently used today as well as dissolve if left in the water for a significant amount of time. Until then, we will continue to use the phthalate free plastic, unless research indicates our product produces a legitimate negative effect on the ecology or fish populations.

Ingestion of Plastic Baits by fish

Currently there’s little evidence that SPL ingestion is common among fish populations. The American Fisheries Society reviewed relevant studies in January 2016 and found that soft plastic bait ingestions are rare in wild fish. Their review said Florida researchers analyzed the stomachs of 500 largemouth bass and found SPLs in less than 1 percent of them. (ASF 2020) Other studies like the survey of lake-trout anglers on Charleston Lake in Ontario, Canada, in 2014, This study found that 60% of anglers who caught and retained fish at some point found SPLs in the stomach of the fish they had caught.  24% claimed they found SPLs in 50%percent of the fish they caught.

However when biologists analyzed the stomach contents of fish caught by anglers and researchers’ gill-nets on Charleston lake, they found SPLs in only 2.2 percent of 90 lake trout and 3.4 percent of 88 smallmouth bass. Those results caused the AFS reviewers to conclude that:  “Much uncertainty remains about the degree to which fish ingest SPLs, and future work should use both angler reports and scientific collections to assess ingestion rates.”(ASF 2020)

Other studies also found interesting results in regards to soft bait ingestion. For example research done by Berkely, found that the laboratory fish used for testing plastic lures seldom took long to puke or poop the SPLs. Berkley conducted four experiments with its popular Gulp lineup in 2009. Their scientists fed a 4-inch Gulp Earthworm to 20 largemouth bass, a 6-inch Gulp Nightcrawler to 13 largemouths, up to five Gulp Maggots (1 centimeter each) to 13 bluegills, and one 4-inch Gulp Earthworm to 13 bluegills.

All the fish except two bass “passed” their test samples within 11 days. The two that hadn’t particularly liked the 4-inch Gulp Earthworm, in fact the liked it so much they ate it again at least once after pooping it out. After expelling the bait for the last time — 24 days for one, 25 days for the other — they finally left it the soft plastic bait alone.

When reviewing results like these it was hard to take the anti-SPL contingents seriously, especially in regards to the negative affects of SPLs on fish. After careful consideration we at Horker elected to use the current soft plastics available on the market.

Before we launched Horker Soft Baits in 2020, we thoroughly researched the impact our baits could have on the environment. Even though Soft Baits have been around since the 1950’s, compared to PCBs and mercury contamination the impact of SPL’s on the environment barely registers as a problem.  We as a company will continue to research the issue and work hard to mitigate any of the negative effects our products might have to the ecology and it’s inhabitants. However, claims that soft baits are a genuine threat to fish populations is undeniably false and thus SPLs continue to be legal in the manufacture of fishing lures today.

Cortés, E. 1997. A critical review of methods of studying fish feeding based on analysis of stomach contents: application to elasmobranch fishes. Canadian Journal of Fisheries and Aquatic Sciences 54:726–738.

Hynes, H. B. N. 1950. The food of freshwater sticklebacks (Gasterosteus aculeatus and Pygosteus pungitius) with a review of methods used in studies of the food of fishes. Journal of Animal Ecology 19:36-58.

Wheeler, A. P., and M. S. Allen. 2003. Habitat and diet partitioning between Shoal Bass and Largemouth Bass in the Chipola River, Florida. Transactions of the American Fisheries Society 132:438- 449.